From Research to Reality with Cheryl Turnbull, Keenan Center for Entrepreneurship at OSU

From Research to Reality with Cheryl Turnbull, Keenan Center for Entrepreneurship at OSU

Originally published at https://twoclarify.com on December 11, 2019.

This is part 3 in a series on Venture Capital and Startups in the Midwest.  You can find part 1 here and part 2 here.

As I mentioned in part 2, I want to explore history and see what lessons can be learned for this region.  Here we go.

Brief History of Venture Capital and Tech in the Midwest

While the Midwest is not without history in the world of tech startups and venture capital, that history is quite limited.  Our most relevant history traces back to Dayton, Ohio.  At one point, Dayton was a central place for innovation in the US.

Over time things changed.  Manufacturing jobs left and Dayton and the city began to struggle.  Most of the other cities in the Midwest peaked during the boom of legacy industries like steel, coal, and manufacturing.  Since then, many cities in the Midwest have fought the brain drain as many of their best and brightest have left for the coastal cities.  However, things have started to shift though.

In Chicago, venture capital and angel funding went from something extremely difficult to attain in the mid-2000s to a robust ecosystem today. Now, Chicago has a host of funds operating and investing in startups including firms like M25, Hyde Park Ventures, Pritzker Group Venture Capital, 7wire Ventures, and many others.  From 2013-2018, Chicago had some of the best returns in the nation, leading all the coastal hubs in MOIC.

In Pittsburgh, Duolingo recently became the city’s first Unicorn.  In Indiana, Elevate Ventures performs a similar role to groups like Rev1 in Ohio.  Columbus and Indianapolis have both seen Unicorn sized exits over the last three years.

Brief History of Venture Capital and Tech in Silicon Valley

Venture capital itself is a relatively young industry.  While individual investors, banks, and family offices made occasional bets on high growth-seeking ventures, it wasn’t until the 1940’s that the first “Venture Capital” firm focused on such investments was formed.  Venture Capital and technology startups began their growth cycle from the success of Fairfield Semiconductor in Silicon Valley in the 1950s and 1960s.  The video below provides a quick overview of Fairfield and the rest of Silicon Valley’s history.

Fairfield Semiconductor wasn’t funded by a traditional VC firm.  Back then VC’s barely existed.  It took several successes and government legislative changes to enable significant capital to be deployed in this asset class.  The venture capital and tech startup industry truly took off in the 1980s and exploded in the 90s.

The successes of Fairfield Semiconductor and Intel lead to a multitude of millionaires being created.  These successes lead to several other startups and venture capital firms being formed.  Venture firms like NEA Ventures and Sequoia Capital came out of these successes and others like them.  Don Valentine, the founder of Sequoia, was originally the marketing director for Fairchild Semiconductor.   Sequoia went on to invest in companies like Atari, Oracle, Cisco, and Apple Computer just to name a few.

When the internet took off in the 1990s, founders like Marc Andreesen and Ben Horowitz achieved successful exits from Netscape and Opsware.  After these successes, the two men formed Andreessen Horowitz, now one of the most prolific venture firms in the world.

The success of PayPal lead to a multitude of other founders and venture capitalists.  This group is collectively referred to as the PayPal Mafia.  Peter Thiel has since co-founded Palantir and a host of venture funds, most notably Founders Fund.  You’ve probably heard a thing or two about what Elon Musk has been doing since PayPal.  I could keep going, but it’s an entire post to fully breakdown the successes of the PayPal Mafia.  In very recent history, many of Uber’s employees are beginning to do some incredible things in their own right as founders and venture capitalists.

The story of Silicon Valley is rich and truly keeps going.  They’ve accomplished much and will likely continue that success into the future.

So we’ve briefly explored the limited history of the Midwest startup ecosystem and the very rich history of Silicon Valley.  As a region, there are a few things that the Midwest can learn.

Like a flywheel, movements take time to establish.  However, with patience and effort, a flywheel can eventually move at incredible speeds.  Silicon Valley has capital and lots of it.  Both Venture firms and a host of angels are deploying capital into startups at a rapid rate.  The Midwest needs more capital.  We need more exits.  We’ve had some.  More will come.  We need to practice patience and most importantly focus on execution.  If we do those things, the region can explode.

Sometimes, we in the Midwest get a little squeamish about taking risks.  Investors worked hard for their money and don’t want to lose it.  Understandably so.  However, you’re not going to get the outsized returns that many Silicon Valley VC’s and angels have received without taking outsized (though calculated) risks.  Some in the Midwest focus too much on what can go wrong.  We need to start asking ourselves what can go right more often.  I’m not suggesting we throw out fundaments.  However, we have to be willing to take big risks if we want big rewards.

If you look at the history of Silicon Valley, you’ll repeatably see entrepreneurs and investors seizing moments of opportunity.  We in the Midwest are at somewhat of an inflection point.  There is more local capital here than ever before.  Silicon Valley investors are increasingly willing to do deals here.  Communities from Madison, Wisconsin to Columbus, Ohio have built strong startup communities.  We’ve got more founders than ever trying to solve big problems.  We’ve had a couple of billion-dollar-plus exits.  We’ve got a few others with billion-dollar valuations.  Cloud computing has made it possible for technology companies to be built anywhere.  It’s never been easier to have remote teams.  If we want to take the next step as a region, we have to seize this moment.

One thing I’ve noticed about our coastal peers is their hunger.  One success isn’t enough for them.  They are always chasing more.  It’s not, “get one exit and retire.”  Successful founders and investors found more companies and invest more dollars.  They don’t put limits on how successful they can be.  To quote the Social Network, “a million dollars isn’t cool.”  See the video below.

I’m not saying that everything has to be a billion dollars.  Far from it, success comes in many sizes and a unicorn exit shouldn’t be the end all be all.  However, too many in the Midwest believe we can’t achieve those outcomes here, despite the reality that we already have.

Success compounds.  This builds off the last point, but it’s a point I don’t want to be missed.  Every win on the coast leads to more founders, more investors, and more capital.  Success has the potential to compound, just like money.  The coastal cities have let their success compound.  We in the Midwest need to ensure that our successes compound.

Disclaimer: The views expressed in this blog and our respective social media accounts exclusively reflect my personal views. They do not in any way reflect the views of my employers. The posts in this blog are purely personal opinion. They are not meant to be taken as investment or legal advice. 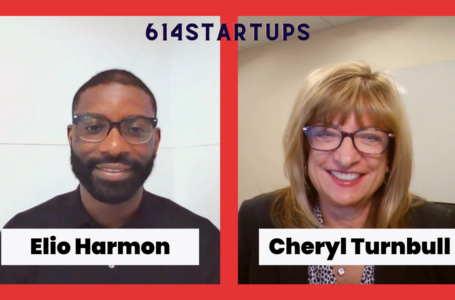 From Research to Reality with Cheryl Turnbull,... 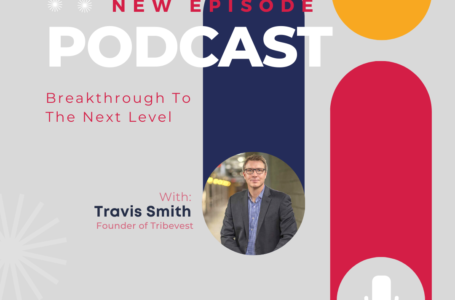 Breakthrough to the Next Level with Travis... 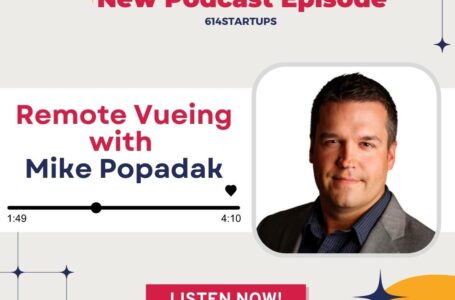 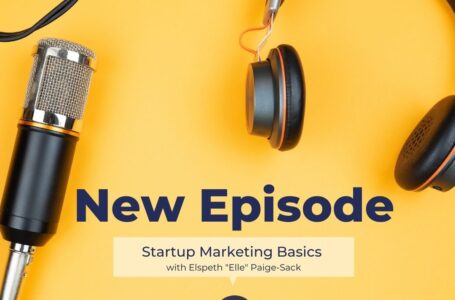 From Pushing Pizza To Marketing Passions with...

From Research to Reality with Cheryl Turnbull, Keenan...

From Research to Reality with Cheryl Turnbull, Keenan...

Investing in Companies that Change Lives with Molly...